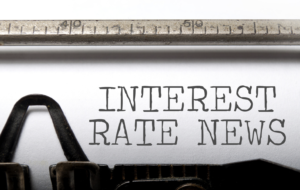 The Bank of England has today raised the base rate by a further 0.50%, in an attempt to control inflation. Today's rise is the sixth interest rate rise in a row and is the biggest single increase in interest rates since 1995. Interest rates now stand at 1.75% and have risen by 1.65% since December 2021.

The Bank of England also warned of surging inflation, predicting it to hit 13% by October 2022 and there are further warnings of an impending recession.

Think tank 'The Resolution Foundation' have warned that inflation could reach an 'astronomical' record-high of 15 per cent next year, which is the highest level seen since 1980.

Why have interest rates increased?

High energy and oil prices, continued consumer demand in the wake of the pandemic and ongoing political unrest have pushed inflation to levels not seen since the 1980s, hitting as high as 9.4% in June 2022. That is incredibly high, considering the Government sets the Bank of England an inflation target of just 2%. Raising interest rates is a way that the Bank of England can attempt to slow inflation as fewer people are willing or able to borrow money, encouraging people to save rather than spend. It doesn't come without risk, however, because if it raises rates too slowly it will be accused of not doing enough to tackle inflation and if it raises rates too quickly, then it risks putting the economy into a recession.

Read our article "When will interest rates rise (or in fact be cut)?" and watch Damien's latest video to learn more about why interest rates are on the rise and what is likely to happen in the coming months.

A group of nine members make up the Monetary Policy Committee (MPC) and their job is to vote on the latest interest rates. The group meets every 6 weeks and each member is responsible for casting a vote, the results of which are published along with the minutes at the conclusion of the meeting.

We have summarised the latest Bank of England rate rises below, including the date they were announced.

How will the latest rise in interest rates impact you?

Rising interest rates impact both borrowers and savers, with borrowers ultimately paying more, while savers should be rewarded with better savings rates. We summarise the impact on both below.

People on a fixed-rate mortgage deal will not see their monthly repayments increase.

Those on tracker or variable-rate mortgages are likely to see their monthly payments go up, however, it will be down to the lender as to how long this will take.

You can work out how much the latest interest rate rise is likely to cost you using our interest rate rise calculator. To summarise, the 0.50% rise will mean monthly repayments on a 25-year mortgage will rise by £25-£26 per month for every £100,000 you owe. Remember, however, if you completed on a mortgage or remortgaged before December 2021, you will need to include the cost of all of the rate rises combined. This works out at an increase of roughly £85 per month, per £100,000 borrowed based on a 25-year mortgage term.

Those worried about interest rate rises should speak to an independent mortgage broker as they will be able to explain how much it will cost and the best way to remortgage. It is important to check your paperwork to see if there are any Early Repayment Charges (ERC) and it is wise to check how long is left on your current deal.

It is possible that the interest rate you pay on your overdraft will go up due to the latest rate rise, however, you should be given plenty of notice by your bank or building society.

What is the impact of rising interest rates for savers?

Increases to the Bank of England base rate generally have a positive impact on savings rates, but improved savings rates often take time to filter into the market. Ultimately, the individual product provider has to make a decision on whether it is willing to pass on the increase or not.

To view the best savings rates in the UK, check out our regularly updated savings best buy tables.

Bank of England raises interest rates to 1.25%: How will it impact you?

Bank of England raises interest rates to 0.5%: What does it mean for you?