News > Bank of England warns of bitcoin risks: Everything you need to know

Bank of England warns of bitcoin risks: Everything you need to know 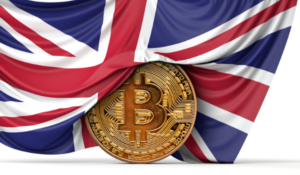 As bitcoin and the cryptocurrency sector continue to grow, the Bank of England’s Deputy Governor has warned that they could eventually pose a significant risk to the UK’s financial stability. Sir Jon Cunliffe has indicated that the Bank will soon ramp up its cryptocurrency regulatory powers amid calls for a rapid tightening of legislation.

Bitcoin is a cryptocurrency - a completely virtual form of currency that can be used to buy, sell or trade goods and services on the internet - which has soared in popularity in recent years due to its extreme price movements. As well as using bitcoin to trade, the coins themselves have an inherent value, and can be purchased to sell at a later date in order to make a profit. You can read more about what bitcoin is and why it’s so popular in our article “Cryptocurrency: What is bitcoin, how does it work, and is it safe?“.

What has the Bank of England said?

Jon Cunliffe told BBC Radio 4's Today Programme that regulators need to pay close attention to the cryptocurrency sector to prevent it compromising the stability of the traditional financial system.

“On the question of bitcoin and other cryptoassets and their value, my judgement is that they are not at the moment a financial stability risk," Cunliffe said, "But they are growing very fast and they are integrating more into what you might call the traditional financial system so the point at which they might pose a risk is getting closer, and regulators and legislators need to think very hard about that".

Cunliffe also revealed that the Bank of England is considering launching its own stablecoin, dubbed “Britcoin”, which would be backed against the pound and therefore offer a less volatile alternative to bitcoin and other cryptocurrencies.

The need for a safe virtual currency is growing, Cunliffe said, because our lives are becoming increasingly digital. However, cryptocurrencies are notoriously unpredictable, so the Bank intends to incorporate a virtual currency which will not compromise the integrity of the wider UK economy.

“The question is whether the public at large, businesses, households, should have the option of holding the safest form of money, which is Bank of England money in their everyday lives," Cunliffe explained. "We are talking about issuing something that is stable, it is safe, that people can trust, that can anchor and hold together our monetary system," he added.

Why is bitcoin so risky?

A single bitcoin was worth around $1,000 at the start of 2017, but has reached highs of over $50,000 during 2021. Someone who invested in bitcoin 4 years ago would have seen their investment grow a whopping 5000%. By that same token, however, bitcoin is prone to extreme swings in price and investors have been known to see their asset lose 25+% of its value in a single day.

This makes bitcoin significantly more risky than more traditional investment ventures, such as bonds and even shares, as the likelihood of losing money rather than gaining it is much higher. It doesn’t help that the cryptocurrency sector has minimal regulation under UK law, leaving investors vulnerable to scams and fraud which could worsen their losses.

A small number of exchange platforms - where you can store and trade cryptocurrency - have been hacked in the past, such as Bitpoint and Binance, and with no compensation schemes in place, investors were left unable to recover their funds.

In addition, bitcoin ownership is determined by the use of an investor's public and private keys - which are similar to your bank account name and number - and failing to keep these private would mean that anyone can access your cryptocurrency. "Wallets" exist to store these keys, but online hacking or human error can still jeopardise your investment, so it is important to take as many measures as possible to maximise the security of your keys.

Overall, bitcoin - and cryptocurrency in general - is still an evolving sector. Legislation has yet to catch up and cyber criminals are still finding ways to take advantage of the new online infrastructure.

How is bitcoin regulated in the UK?

Bitcoin itself is not regulated in the UK. There is currently no way to 100% protect the money you invest in bitcoin, as it is not covered by the Financial Services Compensation Scheme. This means that if something went wrong, such as you became a victim of a scam, you would not be able to reclaim any of your funds.

The Financial Conduct Authority (FCA) monitors some cryptocurrency exchange platforms for anti-money laundering and terrorism financing purposes, but that is as far as its authority goes, and investors are nonetheless encouraged to take great care if they choose to put their money into bitcoin.

For more information on how cryptocurrency platforms are authorised and regulated by the FCA, read our article "How are cryptocurrencies regulated in the UK?".

How to invest in bitcoin safely

Although bitcoin is inherently volatile, there are a few ways that investors can limit their risk exposure and make their investment as secure as possible, including:

For more advice on how to go about investing in bitcoin as safely as you can, check out MTTM Podcast Episodes 321 and 336.

What is bitcoin?What has the Bank of England said?Why is bitcoin so risky?How is bitcoin regulated in the UK?How to invest in bitcoin safely

Bank of England raises interest rates to 1%: How will it affect you?

By Andy Leeks
3 min Read 05 May 2022
The Bank of England has today raised the base rate to 1.00%, the highest level since the financial crisis in...