News > Blog > How the Government could fill the advice gap

How the Government could fill the advice gap 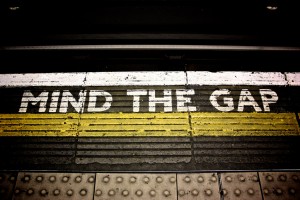 First we had the Pensions Advisory service and then we had the Money Advice Service (MAS). The aim of the MAS was to plug the advice gap left by the implementation of the Retail Distribution Review (RDR) a few years ago.

The new rules banned product commission payments to financial advisers and enforced greater transparency of the true cost of financial advice. The problem was that its implementation wasn't thought through properly. The result has been that all bar the more wealthy are now priced out of financial advice altogether. Well done indeed!

Yet rather than plug any gap the MAS has been a flop. Costing over £60 million a year to run it has become nothing more than a glorified debt counselling service. Yet debt counselling was already well served by the likes of the National Debtline.

The MAS's inadequacies were further highlighted when the Government decided it was necessary to launch Pension Wise, at a cost of around £39 million so far, after George Osborne made pensions more accessible. So once again the Government threw money into the advice gap that it and the FCA had created. Unsurprisingly Pension Wise has been a big disappointment too with the public complaining about the level of advice they've received.

Wasn't it Albert Einstein who said that the definition of insanity is doing the same thing over and over again, but expecting different results?

Last week the Work and Pensions committee even admitted that the take-up of Pension Wise has been less than many anticipated. But in my opinion that's being charitable to say the least. What's worrying is that they want to expand Pension Wise's remit!

In its first six months of existence Pension Wise has had 1.5m visits to its website. That might sound a lot. To give that some sort of context, in order to achieve that feat Pension Wise has spent millions of pounds. Yet MoneytotheMasses.com achieved around a quarter of the traffic Pension Wise achieved, over the same time period, without spending a penny. In fact our site was started with just £200.

It proves that simply throwing money at the problem isn't always the answer.

How to fill the advice gap

So what is the answer? How can the Government plug the advice gap?

While I don't have the answer, as someone who has been plugging the advice gap for the last 5 years I'd offer these observations:

Yet many of the financial advisers who left the industry were nearing retirement and the RDR simply expedited the process, not always through their own choice. The best of that wealth of experience could have been used by the Government to fill the advice gap in a cost effective way.

The Government might not see it but I do. That's why I want those people to contact me directly. If you know of anyone who falls into that category then please forward this article to them. I have an interesting idea of how to fill the advice gap that they might want to be a part of.

How to fill the advice gap

Self-employment grant: Is the government's SEISS right for you?

By Bronte Carvalho
9 min Read 12 Aug 2021
The fifth and final instalment of the UK government's grant for the self-employed, the Self-Employment Income Support Scheme (SEISS), can...

By Damien Fahy
1 min Read 27 Sep 2020
Episode 289 - In this week's podcast we discuss the new Job Support Scheme, announced by the government, that will...