EU data roaming: Which providers charge extra to use your phone abroad? 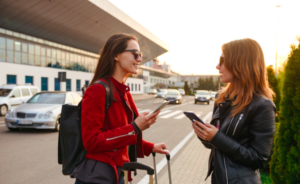 In this article, we walk through everything you need to know about the reintroduction of data roaming charges in the EU, including which networks are bringing back fees, and when you can expect to start being charged.

Mobile phone users were previously able to use their calls, texts and data allowance in any EU country without additional charges after the bloc removed roaming charges in 2017. However, since the UK’s post-Brexit trade deal with the EU in December 2020, mobile networks were given the right to reintroduce roaming charges.

Different providers have different policies on EU roaming charges. To make matters easier, we’ve rounded up what you can expect from the 10 most popular networks in the UK, including whether you have to pay extra to use your data in the EU, how much it will cost you, and when the charges will become effective.

*Note that EU roaming charges do not include Norway, Iceland and Liechtenstein - individual providers have different rates for these countries. Some providers, including Virgin Mobile, also issue separate rates for Switzerland. Fees correct as of 10/01/22.

The roaming charges above do not apply for those travelling outside of the EU. Unless otherwise stated by your provider, you will be charged for calls, texts and mobile data to use your phone.

If you are planning to use your mobile overseas, check out our tips on how to reduce the cost of using your phone abroad.

How to switch your mobile network provider

For those that are interested in changing their provider, check out our guide on how to switch your mobile network provider with just a text message.

Three becomes latest mobile network to charge for roaming - are you affected?

By Lauren Burrows
4 min Read 24 May 2022
Three is the latest mobile network provider to introduce roaming charges for customers using their mobile phone abroad. Previously, it...

Tesco Mobile customers to be charged for EU data roaming - are you affected?

By Lauren Burrows
4 min Read 25 Jan 2023
Tesco Mobile is reintroducing its data roaming charges for new or recently joined customers which means they will have to...

By Jordon Cox
19 min Read 14 Dec 2022
No matter whether times are tight, having some extra money in your back pocket is never a bad thing and...