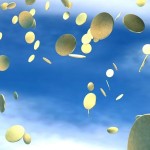 HMRC has announced changes to pension legalisation which will allow individuals to access those savings held in small personal pension schemes i.e. £2,000 or less, by way of lump sum payment . The changes will likely be welcomed by elderly savers with small sums sitting in old company or personal pension plans.

So what is the current situation?

Under current UK pensions legislation your pension fund ultimately has to provide you with a retirement income. Alternatively, it is possible to take a small slice of your fund as a tax-free lump sum (usually 25%) while the balance is used to purchase an income. But, if the value of your pension rights is below £18,000, it is possible to give up your rights entirely in exchange for a much larger one-off cash lump sum.

Since 6 April 2006, this option, called trivial commutation, has been available to those where the total value of all their pension rights does not exceed 1% of the Lifetime Allowance. So for the 2011/12 tax year this equates to £18,000. However, from April 2012 the link to the lifetime allowance will be removed and the threshold will continue to be £18,000.

So what is changing?

From April 2012 people will be to access up to two small pension pots (each up to £2,000) in size irrespective of the size of their other pension benefits (even if the total exceeds £18,000).

Individuals will be able to take 25% of each small pot as a tax free lump sum. The remaining 75% will be taxed at the pensioner's marginal income tax rate.

Who will this benefit?

The aim of the new regulations is to help those people who may have, for example, built up a large pension pot with one employer yet have other smaller pension arrangement elsewhere, perhaps from previous employments.

It will also benefit those who have already taken a trivial commutation lump sum and later discover small benefit rights in another personal pension scheme.

The new rules will also stop those with very small pension pots having to buy an annuity.

Initial estimates are that the changes could benefit 25,000 people aged over 60.

Full details of the changes can be found in HMRC's Commutation of Small Personal Pension Funds note.

Can I cash in my pension before I turn 55?

Do I need a financial adviser to cash in or transfer my pension?

By Damien Fahy
22 min Read 12 Jan 2022
More than three years since the ‘pension freedoms’ were introduced, retirees now have greater flexibility to invest and spend their...

By Damien Fahy
1 min Read 11 Oct 2020
Episode 291 - In this week's podcast we discuss the benefits of taking all of your tax-free cash from your...