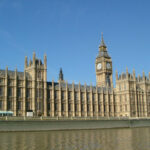 Yesterday the work and pensions secretary, Ian Duncan Smith, announced an amendment to the Pensions Bill which will delay the proposed rise in state pension age following concerns over disadvantaging  thousands of women born in 1953 and 1954.

What has changed exactly?

However, the government's Pensions Bill had proposed to speed up the timetable for bringing the state pension ages for men and women into line at age 65 by November 2018 – two years earlier than under current rules. There was then to be a rise in the state pension age to age 66 for both men and women between 2018 and 2020, six years earlier then under existing legislation.

After yesterday's announcement Ministers plan to delay the second rise in the pension age for men and women, proposed under the Pensions Bill, from April 2020 to October 2020.

So is this good news?

Yes it is. Under the previous version of the Pensions Bill (prior to yesterday's amendment) around 330,000 women born between December 1953 and October 1954 – now aged 56 and 57 – would have had to wait at least 18 months longer for their state pension. 33,000 of these, born between March 6th and April 5th 1954 would have seen their state pension age increase by 2 years.

As a result of the amendment the maximum delay in getting a state pension pension will now be 18 months. The amendment is expected to benefit 245,000 women - including the 33,000 worst affected - as well as 240,000 men who will also receive their pensions a few months earlier (source BBC news)

Obviously there will be some critics who will claim that it was a hard fought victory, especially for those 33,000 women who would have had to wait two years for their State Pension, but the amendment didn't got far enough. Women who still have to wait for their State Pension may struggle to fill the income gap on the basis of the limited amount of time left for them to make up any difference from personal savings.

So will the Pensions Bill now become law?

Yes, it is now more likely to pass the third reading in the House of Commons on 18th October 2011 and become law.

By Damien Fahy
1 min read 10 Mar 2019
Episode 213 - On this week's show, in celebration of international women's day, I highlight the work of three inspirational women...