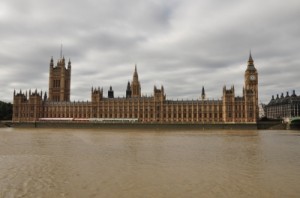 The Government’s controversial plans to raise the state pension age for women have been approved by MPs, as Work and Pensions Secretary Iain Duncan Smith pledged a "smooth" transition.

Tonight the Pensions Bill was given a second reading by 302 votes to 232, a Government majority of 70. This was despite more than 170 MPs signing an Early Day Motion calling for a rethink - including both Conservative and Lib Dem backbenchers

The news is a blow for around 330,000 women who will have to wait for an extra 18 months or even longer to receive their state pension.

What changes will the Pension Bill bring?

However, the government's Pension Bill will instead speed up the timetable for bringing the state pension age into line at age 65 in November 2018 – two years earlier than previously planned. There will then be a rise to age 66 for both men and women between 2018 and 2020, six years earlier then planned.

Who will these changes affect?

At present a woman born in March 1950 starts receiving her state pension at 60. After the changes, a women just over 4 years younger will have to wait until the age of 66 before claiming. Opponents of the bill say that there is not enough time for them to make up any difference from personal savings.

What can I do if I’m affected?

Not a lot. Once the Finance Bill becomes law your only option is to start saving more for your retirement. One glimmer of hope is that Iain Duncan Smith has said he is "willing to work to get this transition right" amid concerns over the "relatively small number of women" set to be disadvantaged. However, details about any transitional arrangements have yet to be announced.

By Damien Fahy
1 min read 10 Mar 2019
Episode 213 - On this week's show, in celebration of international women's day, I highlight the work of three inspirational women...