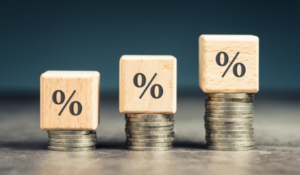 What is the State Pension?

The amount of State Pension you are entitled to depends on a number of factors, including your date of birth and your record of National Insurance contributions.

The full basic State Pension for the 2021/22 tax year is £137.60 per week, and the full new State Pension is £179.60, however, the government adjusts the State Pension each year to reflect the cost of living using a special formula known as 'triple lock', meaning the full amount that eligible pensioners can receive changes every tax year. We discuss the upcoming changes to the State Pension below.

What is happening with the State Pension?

Last month, the government announced that it would temporarily scrap the triple lock promise that would have seen State Pensions increase by a record £822. Ordinarily, the State Pension is calculated based on the highest of either inflation, wage growth or 2.5%, but an irregular spike in average wages early in the year would have caused pensions to rise by over 8%. This would have amounted to a cumulative £5.4bn increase in the State Pension bill. The decision to scrap the wage growth component of the triple lock was made to prevent pensioners from “unfairly benefiting from a statistical anomaly”, according to the Work and Pensions Secretary.

Instead, the Office for National Statistics (ONS) has confirmed that the State Pension for 2022/23 will rise in accordance with the current inflation rate of 3.1%. This means that those entitled to the full new State Pension will receive £185.15 per week from 6 April 2022, up from £179.60, amounting to a £288.60 increase over the course of the upcoming tax year. Pensioners on the older basic State Pension will also see an increase from £137.60 to £141.85 per week, equating to a £221 pay rise.

Below is a table which explains how both the new and basic State Pensions are set to change in the 2022/23 tax year. All figures are rounded to the nearest 5p.

How to check your State Pension

Alternatively, if you want to find out how much State Pension you could receive and if there are any ways you can increase what you are entitled to, head to the GOV.UK’s state pension forecast.

By Laura Mossman
1 min Read 12 Apr 2022
A range of benefits, including Universal Credit, Child Benefit, Pension Credit and the state pension have gone up by 3.1%...

By Joel Kempson
5 min Read 19 Dec 2022
Most people will be able to claim some kind of State Pension when they retire. After big changes were made...