News > Pension triple lock suspended: What you need to know

Pension triple lock suspended: What you need to know 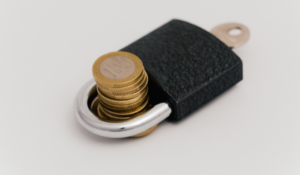 The UK government has announced plans to suspend its triple lock pension formula for one year.

It follows concerns that post-pandemic wage increases could see state pensions increase by 8%.

In this article, we explain how the triple lock formula works, why it's changing, and how the changes could affect you.

What are the changes to triple lock pensions?

The “triple lock” stipulates that state pensions should increase in line with whichever is the highest of the following:

However, with average earnings rising by 8% over the summer, that part of the triple lock equation has been discarded for the 2022-23 financial year.

State pensions will instead be calculated by what will be, effectively, a "double lock" - rising in accordance with the greater of either inflation or 2.5%.

The exact rate that will be applied has not yet been confirmed.

Why has the pension triple lock been suspended?

Post-pandemic earnings increased significantly over the summer months, and before the government’s announcement, state pensions were set to rise by 8% - fuelled by the "irregular statistical spike in earnings" in recent months.

These “anomalous” figures caused by the pandemic skewed the typical earnings for the May-June period, and risked creating what ministers have suggested would be an "unaffordable" pension crisis waiting to happen.

The government has therefore intervened to remove the average earnings element of the triple lock calculations to prevent state pensions from rising beyond what it can reasonably afford.

However, the changes to the scheme will only be temporary, and the usual calculations will come back into effect from the 2023-24 financial year onward.

Even with the changes, state pensions will still increase, and could do so by as much as 4% if current inflation rate projections hold true.

How will state pensions be affected?

Those on the old basic pension may also be eligible for a Pension Credit top-up in addition to their initial income.

The table below outlines how both types of state pension could be affected if increased by either 2.5% or the Bank of England's (BoE) projected 4% inflation, and how much they would have increased if calculated in line with average earnings between May-July 2021.

*The UK government has stated that the average earnings increase part of the triple lock formula has been temporarily suspended for the 2021-22 financial year, so will not be applicable. These figures are included to demonstrate how state pensions would have been affected without the suspension.

For more advice on managing your pension, find out the best way to combine your pots, how much you should be paying in each month, and how much income you could get from £100,000 in pension savings.

What are the changes to triple lock pensions?Why has the pension triple lock been suspended?How will state pensions be affected?More on pensions

Mortgage deals being pulled at short notice: How to lock in the best rate

By Andy Leeks
3 min Read 25 May 2022
With interest rates rising and the likelihood of further rises to come, borrowers are rushing to lock in the best...

By Andy Leeks
4 min Read 02 Dec 2021
The UK’s financial regulator, the Financial Conduct Authority (FCA), has told pension providers that they must encourage savers to use...

By Andy Leeks
17 min Read 11 Feb 2022
In this independent review I look at whether Penfold is the best way for people to manage and consolidate their...