Owning A Home > Mortgages > Reader’s Question: Should I fix my mortgage now?

Reader’s Question: Should I fix my mortgage now? 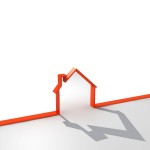 (Update 24th August 2011 - The answer below was written earlier this year. But you can read my latest updated view on whether you should fix your mortgage by clicking here)

Last year my mortgage's fixed rate ended and since then I've been on my bank's standard variable rate which I think is around 2.5%. Should I be fixing my rate now or am I better off sticking with what I've got?

The first thing I must point out is that unfortunately there is no single 'one size fits all' answer to this question. The answer depends on each person's personal and financial circumstances as well as their view on where interest rates are heading. But I will try and give you some insight.

At the heart of your question is a worry that interest rates will soon be heading upwards. The attraction of fixing your mortgage rate is the certainty it brings to your mortgage monthly payments.

As you are currently paying your lender's standard variable rate (SVR) this means that if interest rates go up then so will your monthly mortgage payments. Tracker and variable rate mortgages have interest rates which reference the Bank of England base rate, currently at the historic low of 0.5%. However, while tracker mortgages will move in step with the base rate (e.g. 1% above) lenders can often move their standard variable rates with no defined link to the base rate. As you are on the lender's default SVR then check the terms and conditions. Some lenders have SVR's which will always be at a maximum of say 2% above the bank base rate (most Nationwide mortgages taken out before April 2009 fall into this category).

SVRs have traditionally been the most expensive way to borrow but a combination of a low base rate and the small print in the mortgage terms and conditions mean that many borrowers are happy sticking with their SVR for the time being. It's a case of the small print actually benefiting the customer for once as some of the SVRs (namely those with a base rate plus 2% max limit) compare to the best tracker rates out there.

Where are interest rates headed?

But whatever deal you have one thing is certain when it comes to interest rates, the only way is up (as Yazz once said). People are getting too comfortable with the notion that 0.5% is the norm when it come to interest rates. It is not. Historically the norm has been somewhere around the 5% mark so the Bank of England will move rates back up in the future. If your want to get a feel for when interest rates might go up then read my latest interest rate predictions.

As I've said, the attraction of fixing your mortgage rate is the certainty it brings to your mortgage monthly payments. But the first thing you need to work out is what fixed rate will you get? This will depend on, among other things, the amount you want to borrow compared to the value of your property (called the Loan to Value), your credit rating, the fixed rate period, your earnings....

With regard to the term you might take, once again it depends on your view of interest rates and the level of certainty you want when it come to your monthly payments. But what I would say is that a lot of mortgage advisers are suggesting that people consider longer term fixed rates rather than a simple 2 year fixed deal. This is because while the market expects the base rate to rise it doesn't expect it to rise quickly. Consequently if you take out a short fixed term mortgage then just as it comes to an end you might find interest rates have just soared at a time when you are once again subject to a lender’s SVR, but probably without an upper limit to any increases. (Most lenders have scrapped these on new mortgages). But what I would say is that the market is seldom right when it comes to interest rates predictions.

Once you've decided on the period for which you want to fix then find out the rate at which lenders may lend to you. Moneysupermarket have a great mortgage finder. Remember that the best rates are usually reserved for people with the lowest loan to values (LTV).

It goes without saying that when you take out a fixed rate mortgage you could end up paying say 5% for 5 years and interest rates remain low throughout. If this becomes the case then you can only switch mortgage deals if you pay an early redemption charge. Obviously interest rates might soar to 7% so you would be quids in on your fixed rate deal.

Is now the best time to fix?

In principle the bank base rate has never been lower so it seems like it's now or never. But let's be clear, the rate at which you can borrow money is linked to the City's swap market rate, i.e. the City's long term view of interest rates. So the actual Bank of England base rate is not the deciding factor in the fixed rate deals out there. Consequently economic news, particularly concerns over inflation, meant the City's expectation of long term rates went up early this year which meant the cost of future borrowing rose. That's why the best fixed rate deals have been drying up or being pulled altogether by lenders.

But equally, should the City's view change then the fixed rates mortgage deals could improve once more, which has slowly started to happen as of April 2011. I suppose the answer is that if you are planning on fixing your mortgage anyway, then you might not want to hang about while the expectations of an interest rate rise increase further.

Overall, if you have a high loan to value then you will likely benefit from fixing, as you will be able to secure a low fixed interest rate. But, if your SVR is low (say around 2.5%) and you have little or no equity in your property you will likely be better off sticking with your existing deal for the time being. (In some cases you won't have a choice if your LTV is too low or you are in negative equity). But always go and speak to a mortgage adviser before making any decisions. There are may be options open to you other than fixing your mortgage such as a capped mortgage.

One trick to keep your options open

However, if you want to fix your mortgage rate but are unsure whether to do it now or later, you could hedge your bets by getting a mortgage offer in place now and not complete for say 6 months. That way you have a good fixed rate deal ready to go and can still take advantage of your current low flexible rate for a few more months. Obviously you must bear in mind that you will likely incur non-refundable valuation charges, whether or not you actually decide to complete in the end, and the lender could technically withdraw their offer before you accept. But these are risks that you would face even if you fixed now.

By Laura Mossman
7 min Read 18 Nov 2022
What is Halifax Halifax is part of Lloyds Banking Group, the largest mortgage lender in the UK. As such, it...

By Marc Shoffman
9 min Read 25 Jun 2021
Older borrowers no longer need to feel restricted if they want to get a mortgage or access equity in their...

By Laura Mossman
5 min Read 27 Jun 2022
If you have a bad credit history that includes one or more CCJs it can be difficult to secure a...