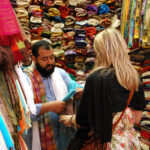 This is a money tip I’ve been meaning to write for some time, the benefits of haggling. Now what I am referring to is the ability to haggle to reduce your bills or even get a pay rise.Perhaps it is a reflection of our British stuffiness, politeness or sense of pride but as a nation we don’t like to haggle. But this is ludicrous, especially when the axis of power is swinging more in favour of the consumer, rather than the seller, in the current economic climate.

But haggling doesn’t mean being aggressive or obnoxious, far from it, as I explain below. Haggling could save you hundreds of pounds (or more) a year and while it doesn’t come naturally to most of us I explain how to haggle effectively. Plus I tell you the one phrase that I've learned that has secured numerous pay rises and price cuts for me.

Be polite but assertive - it’s amazing how a friendly tone can be far more effective than an aggressive one. When was the last time you helped an aggressive person? Exactly.

Do your research - perhaps the biggest ammunition to successfully haggle is to do your research. If you are trying to get your car insurance renewal premium down, then look around for best deals on the market. Confronted with this information most companies will back down and offer you a better deal. It may even turn out that the best deal is actually offered by your existing provider, despite them claiming you already have a good deal. Call their bluff, but if you do be prepared to provide a quote reference. So whatever it is you are after, be it a car, a holiday or simply home insurance spending a bit of time researching could save you money.

Pick the right fights - Some people have a scatter gun approach and will haggle regardless. But if you are like me and a little less balshy then learn to pick your fights, namely those you are likely to win. If you try and haggle over a budget airline fare you are likely to be laughed off as a) they operate on slim profit margins anyway and b) the economics of supply and demand are in the airline’s favour. But if you are going to buy a car or have some decorating done then haggle as the firms will be desperate for your business given the economic climate.

Be persistent - If you are going to have any success at haggling then you need to be persistent. If you meet some resistance then don’t just crumble. If you’ve done your research and picked the right fight then you should get some leeway. But be prepared to have to …....

Threaten to leave - the ultimate haggle trump card. Or own goal depending on the outcome. But I would say that threatening to leave is often the trigger mechanism to be put through to the ‘retentions team’ at the likes of SKY TV. Their sole job is to try and keep you by offering incentives. Using this tactic I once secured a free sky box and free installation -nice.

You don’t ask you don’t get - This isn’t so much as haggling but simply asking for a better deal. You’ll be amazed at the number of firms who will cut your annual premium if you simply ask. The AA are a prime example.

The one line that I’ve had the most success with

I've used this line many a time to influence a discussion or get a pay rise / save money. Perhaps it is best illustrated by way of example.

If you said to your boss...

The second way of asking forces the person to let down their guard and empathise with you. It’s far easier to get someone to agree with you if they are already thinking the same way as you. It’s basic psychology.

Try it and let me know how you get on.

Finally, here are a couple of examples of how I’ve managed to get my bills cut by haggling:

How I saved money on my car breakdown insurance

Money saving special: How to save money on your household bills

Video, Saving For Your Future

6 tips on how to get a pay rise | Millennial Money

By Lauren Burrows
5 min Read 22 Oct 2021
In this millennial money episode, Damien and I discuss how to ask for a pay rise. How to get a...

Energy bills set to rise - how can you save?

By Lauren Burrows
4 min Read 12 May 2020
Research by comparethemarket.com has identified that household energy bills could rise by almost £400 a year on average, all thanks...