Saving For Your Future > Should you invest in gold? (A balanced view) – plus how you can

Should you invest in gold? (A balanced view) – plus how you can 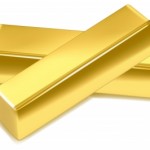 The very fact you are reading this article means that you are aware of gold's impressive record breaking price highs so I won't bore you with the details. But should you be joining in the 'gold rush'?

The argument for investing in gold

Certainly the case for investing in gold is strong. You don't have to look too hard to find a rambling article on the internet on why you should invest in the precious metal. The arguments for investing in gold usually centre around proving why we are not in the midst of a gold bubble (an over inflated market which will pop with investors losing millions) with some nod to the fundamentals supporting the gold price. Perhaps one of the most coherent articles on the subject was published on the investment blog Zerohedge.com titled Is Gold A Bubble? 14 Charts, The Facts And The Data Suggest Not. The title is fairly self explanantory and the author, Tyler Durden, makes a few interesting observations.

But one of his arguments against there being a bubble I can't quite swallow. He claims that 'There is no irrational exuberance or broad based belief amongst journalists, analysts, experts and the public in general that gold is a one way ticket to being rich. Indeed, there continues to be very little coverage of gold in local media and only the occasional coverage in the non specialist financial press. This is especially the case in the UK and Ireland and in the European Union.'

Admittedly the article was written at the start of August but I'm not so sure he's right . Yesterday, the UK's best-selling financial magazine, MoneyWeek published the article 'Gold: has making money ever been easier?'. Now it must be stressed that the author Bill Bonner is essentially sticking two fingers up to everyone (including Warren Buffet) who doubted him and other 'gold bugs' – and he likes gold because of its ability to protect wealth. He also admits that whether to buy gold is a bit of a gamble. But the overall tone of the article is of a man vindicated with a gold glint in his eye.

So is gold now a bubble?

James Mackintosh of the FT produced an interesting article this week titled Gold is not yet a bubble. (there's even an accompanying video). Some of the main arguments for gold not being a bubble are:

All fair points but the first point relies on 'hope'. Meanwhile the 'inflation hedge' argument is slightly misleading. Yes it would appear to be true over extremely long periods (such as the 73 years from 1935 to 2008) but over smaller more realistic time frames the correlation doesn't always hold true, as explored by Seeking Alpha in the article 'Gold: Not an Effective Hedge Against Inflation'. Of course timescales can be manipulated to prove a point, however, it highlights that fact that placing blind faith in investment mantras is of questionable merit.

The psychology of investing

Investing in something because of some universal wisdom leads us on to the notion of the psychology of investing, both in general and in relation to investing in gold. The problem with investing is that humans tend to be poor at it. Human nature is to sell when markets panic and crash and then buy during periods of euphoria. Or put it another way we follow the crowd and buy high and sell low. Clearly successful investors want to buy low and sell high, whether it's stocks or other assets.

Various theses and books have been written on behavioural investing with some breaking down the way we make decisions into ‘back brain’ and ‘fore brain’ processes. Essentially our flight or fight reflex is ‘back brain’ while or conscious decision making is ‘front brain’. I have hugely over simplified the theories but essentially our instinctive reactions lead a lot of our investment decisions while our conscious mind tries to rationalise these knee jerk reactions ahead of implementing them.

Gold is no exception to this, in fact it illustrates the theory particularly well. Even Tyler Durden, quoted earlier, who is doesn't believe we are in a gold bubble admits that 'risk aversion and concerns about wealth preservation due to currency depreciation remain the primary demand drivers'. Or in other words 'fear'. Emotional investment decisions are often bad ones so from an investor perspective we want to distance ourselves and make rational decisions, not ones driven by fear alone.

So if the word 'rational' could be levelled at any type of investment gold is not one of them. Perhaps the futility of trying to rationalise gold investing and price movements is illustrated beautifully by this quote from the BBC's coverage of yesterday's fall in the gold price:

But that explanation [more QE3 in the US], cited as a potential reason for the sharp fall on Wednesday, was also given on Tuesday when gold rose to a record price of $1,913 an ounce.

''Then again, there’s no reason gold should be at any particular price..........That makes gold’s zero real yield look reasonable, in as much as anything about gold is reasonable''

Remember that is from an article claiming that gold is not yet in a bubble. So if you accept that gold investing is irrational does that make it a bad investment? Warren Buffet famously said of gold:

Who am I to question one of the most successful investors of all time. Similarly George Soros, another billionaire investor, who invests on momentum (riding a trend until he thinks it is about to crash – much like surfing a wave) cut his gold exposure earlier this year amid quotes of:

The ultimate asset bubble is gold?.?.?. It may go higher but it’s certainly not safe and it’s not going to last forever?.?.?. Gold has shown tendencies to go parabolic and usually bubbles tend to end in that parabolic rise before the collapse.

I have to admit while there are good accounts as to why we are not in the midst of a gold bubble it does have the feeling of one especially as a taxi driver recently had a discussion with me on the subject the other night (see my post – Talk to a taxi driver for the best investment advice there is).

So where does that leave us in deciding whether to invest in gold or not?

Ask yourself why you want to invest in gold?

Firstly, if the answer is because the gold price is likely to remain high – then you are speculating/gambling and not investing. Save yourself the time and head straight to your nearest casino instead. Trying to predict asset prices is futile as well as dangerous.

If the answer is for its safety in times of market volatility and uncertainty – then clearly gold does well as a 'safety' asset. But don't confuse that with lack of volatility. Just this week the gold price has fallen 6% in two days.

It is a good inflation hedge – whether that is true or not why not invest in something like NS&I Index Linked Savings Certificates. They offer inflation protection with zero risk to your capital. Something gold can't offer.

It is a good hedge against the strength of the dollar – again if you are that convinced on the direction that the dollar will take why involve a second asset?

Perhaps one of gold's best strengths lies in its ability to help diversify your investment portfolio. Its ability to be uncorrelated to wider investment markets can help lessen the impact of market uncertainty on your overall returns. Typically wealth managers would look to keep around 5-10% of portfolios in gold for diversification purposes. This avoids the placing of all your eggs in one golden basket which is a dangerous game that gold-bugs would have you believe is the only sensible option.

Gold is attractive in a world where the financial stability of banking systems, companies and entire nations are called in to question. But if the whole thing collapsed (as some gold bugs predict) I'll be off living in the woods anyway while the looters are robbing the world of its gold bars.

How to invest in gold

I have yet to write a guide on how to invest in gold and I'm in two minds whether to do one (will I be fuelling an eventual bubble?). In the meantime here is a link to a third party beginner’s guide to investing in gold.

If you've found this article enlightening or interesting please share it with your friends using the tool bar below. Also all constructive comments are welcome.

Is Vitality Life insurance worth it? - an unbiased view

By Damien Fahy
13 min Read 19 Jan 2023
Its bright pink branding and innovative approach to insurance are certainly catching the attention of the public and the industry...

TotallyMoney review: Is it a good way to view your credit report?

By Laura Mossman
3 min Read 16 Jun 2022
What is TotallyMoney? When you apply for a credit product such as a mortgage, loan or credit card, the potential...

Checkmyfile review: View all of your credit reports in one place

By Laura Mossman
4 min Read 31 Oct 2022
What is checkmyfile? checkmyfile prides itself on being the first online credit report service in the UK. It was established in...