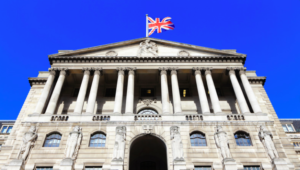 The Bank of England has raised interest rates to 0.25% from 0.1% amid fears of spiralling inflation figures. The move marks the first time the Bank has increased the base rate in 3 years, and comes despite mounting concern about the economic impact of the new Omicron variant of Covid-19.

What is going on with interest rates?

Following heavy speculation of an increase and even a warning from the International Monetary Fund (IMF) to keep a lid on inflation, the Bank of England has raised interest rates, following an 8-1 vote in favour of the move by its Monetary Policy Committee. Interest rates had been at an historic low of 0.1% since the pandemic first struck in March 2020, when they were cut to help offset the impact of the UK’s first national lockdown. They had stayed at that level even as restrictions were lifted across the country.

However, in recent months, the Office for National Statistics (ONS) has reported a surge in inflation which has seen consumer prices soar to their highest in a decade. The current rate of inflation is 5.1%, well beyond the Bank of England’s target of 2%, and analysts estimate it could surpass 6% in the spring of next year.

The decision to raise interest rates incrementally, rather than in a single large hike, has been made in order to soothe fears over inflation while also balancing the risk of quashing the UK’s post-pandemic economic recovery. Despite encouraging growth figures, high infection rates and the threat posed by the new variant have cast doubts over whether the UK can avoid further lockdowns, which could undo months of progress and send the economy back into panic mode.

By raising interest rates gradually, it is hoped that the Bank of England will be able to control inflation without compromising economic growth. However, there are still many unknowns, particularly in regard to the new variant. The Bank acknowledged that “the Omicron variant poses downside risks to activity in early 2022, although the balance of its effects on demand and supply, and hence on medium-term global inflationary pressures, is unclear”.

How will the rise affect you?

The decision to raise interest rates will affect all of us in one way or another, but it does depend on your unique financial situation.

If you have a mortgage

Individuals with a mortgage may see some changes to their monthly repayments, but only if they are on a variable rate deal, particularly if they have a tracker.

A tracker mortgage usually follows the Bank of England’s interest rates. If this is increased, then eventually your monthly repayments will rise too, but you should check the small print of your contract to find out how soon the change will be applied. Most homeowners with a tracker mortgage will see an increase as early as next month and the extra cost will mirror the change to the Bank’s interest rates (+0.15%) - that is, if your mortgage currently costs 3%, the interest rate will rise to 3.15%.

The other type of variable rate mortgage, whereby you pay a standard variable rate, will increase at your lender’s discretion. However, it is expected that the interest rate change will be fully translated to monthly repayments, so you should also expect to see an increase as early as next month. The extra cost will differ depending on your precise deal. For example, someone with a Santander mortgage paying the 4.34% standard variable rate will see this increase to 4.49%.

However, if you are on a fixed rate mortgage, you will not see any changes to your monthly repayments. Fixed rate deals have become increasingly popular in the last few years as interest rates have been so low, and the majority of new homeowners now have a fixed rate mortgage rather than a variable rate.

Looking to buy or remortgage?

Those looking to buy a property or remortgage can use our mortgage best buy calculator to find the best - and cheapest - deal for them.

If you are saving

Individuals putting money away in savings have had a difficult couple of years, as low interest rates have slashed the potential to earn money on their cash, and most accounts have barely been offering more than the Bank of England’s previous rate at 0.10%.

However, the increase to the base rate should start to reflect in savings accounts, although it could take a few months and providers are ultimately permitted to change rates at their own discretion. As with the 0.15% increase in interest rates, savings rates will likely rise only slightly, but those looking to find the best deal should start shopping around for the accounts with the greatest interest.

Now is a great time to keep an eye on our savings best buy tables, updated every single week, for the cream of the crop on all savings accounts from easy access to variable rate ISAs.

If you are borrowing

The vast majority of personal loans are charged on a fixed rate basis, so if this is the case for you, you should not see any changes to your repayments as a result of the increase in the Bank of England’s interest rates. You may, however, see an increase in credit card rates. Although these are not directly linked to the base rate, they often fluctuate to reflect the changing economic environment, and credit card charges are already at a record high.

Check out our list of the best credit cards in the UK, and the ones that have the longest interest-free period, to find the best card for you.

For more information and advice on what could happen with interest rates next, head over to Damien’s monthly interest rate predictions.

Bank of England raises interest rates to 1%: How will it affect you?

By Andy Leeks
3 min Read 05 May 2022
The Bank of England has today raised the base rate to 1.00%, the highest level since the financial crisis in...