News > Klarna payments to be included on credit reports

Klarna payments to be included on credit reports 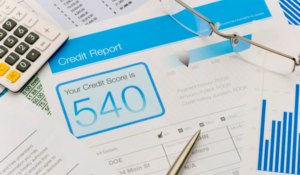 Buy-now, pay-later firm Klarna will start reporting to credit reference agencies TransUnion and Experian from 1st June, potentially impacting its customers' credit rating in the future. The lender will provide information on all new purchases made through its "Pay in 3" and "Pay in 30" options, as well as those made using a Klarna card or through its app. It will include information on the amounts borrowed, whether the repayments are made on time and any unpaid debts.

Klarna states it has been working with the credit reference agencies to find a way of reporting its customers' spending habits. However, although the transactions will be recorded on TransUnion and Experian from the start of June, they won't impact the overall credit scores provided by those agencies for up to another 18 months, as they continue to put the mechanisms in place to incorporate BNPL into their scoring systems. It's unclear whether the information will also be passed on to Equifax, the other main credit reference agency in the UK.

How will BNPL be reported?

In the UK, the three main credit agencies are Experian, TransUnion and Equifax. They collect data on people's financial history and put it into reports, which can then be viewed by other lenders when they are making a decision on whether to approve someone for finance, for example, for a mortgage, credit card or personal loan. In addition to this report, each agency formulates an overall credit score, with positive financial behaviour leading to a higher score and misdemeanours, such as making late payments or defaulting on debt, detracting from it. However, not all financial companies report to all three agencies and, as such, they all include slightly different information and provide their own credit scores. For more details, read our guide to credit scores.

BNPL hasn't previously been included on credit reports, other than in some instances when unpaid debt has been passed on to debt collection agencies. From 1st June, all new purchases made using Klarna will feature on your files with TransUnion and Equifax. Past use of BNPL arrangements will not be included. In addition, purchases made through rival BNPL provider Laybuy are also being reported to Experian, although the firm doesn't report to TransUnion or Equifax. Meanwhile, BNPL company Clearpay has stated it won't be reporting to any of the agencies in the near future.

It is unclear at the moment how lenders are likely to view the use of BNPL. On the plus side, if you demonstrate that you use it responsibly and make your repayments on time, it could help boost your creditworthiness. If, however, you miss payments, it could impact your ability to take out another type of loan in the future.

We don't know yet exactly how long it will take for BNPL use to begin impacting credit scores, with estimates that it may not start having an effect until 2023.

The changes come as the sector comes under greater scrutiny, as it still isn't regulated, despite growing exponentially over recent years. With reports from debt charities that more and more people are struggling with unmanageable debts as a result of using BNPL, there is growing pressure to bring it under the regulation of the Financial Conduct Authority. However, although there has been government consultation on the matter, greater controls and regulation are unlikely to be introduced until next year at the earliest.

In the meantime, the inclusion of some of the major BNPL players on credit reports is a first step in bringing the sector more in line with other forms of borrowing. For more information, read our article "Everything you need to know about Buy Now, Pay Later".

How will BNPL be reported?BNPL and regulation

Buy Now, Pay Later to appear on credit reports - what does it mean for you?

By Harvey Kambo
2 min Read 10 Feb 2022
TransUnion - one of the three main credit reference agencies in the UK - has announced that consumers' Buy Now...

Checkmyfile review: View all of your credit reports in one place

By Laura Mossman
4 min Read 31 Oct 2022
What is checkmyfile? checkmyfile prides itself on being the first online credit report service in the UK. It was established in...

Klarna Review: Is it safe and does it affect my credit score?

By Laura Mossman
8 min Read 11 Jan 2023
Klarna is at the forefront of "buy-now, pay-later" and is the current market leader in the UK. It offers point-of-sale...