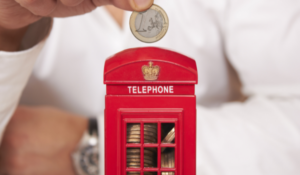 The average British person needs £7,000 more in their savings pot in order to be financially secure, according to new research from Yorkshire Building Society’s The Nation’s Nest Egg report.

What did the research find?

The Nation’s Nest Egg research was conducted across 2,000 UK adults in partnership with the Centre for Economics and Business Research (CEBR) to assess the condition of British savings from 2019-2020.

The report found that the UK is facing a savings shortfall of £371 billion in the wake of the COVID-19 pandemic, leaving millions of households vulnerable to future financial shocks. British adults require £17,465 in their nest egg to feel “financially secure”, with the average person needing an additional £7,220 to reach this threshold.

However, many are still grappling with the impact of unemployment and reduced income on their savings, and could find it becomes even more difficult to put money away once the furlough scheme comes to an end on 30 September. You can read our article "Furlough pay changes: What you need to know" for more details on the wind-down of the government support program.

Even before COVID-19, British household savings were among the lowest in Europe, with other nations saving two to three times more, but the pandemic has forced many Brits to change their attitude toward savings. Almost half (46%) of 18-34 year olds now say they will save “more carefully” to ensure they have funds to fall back on.

Being without a savings pot is not only a question of practicality either, as it can also affect mental health. A third of men (32%) and over two-fifths of women (41%) admit that achieving greater financial security would make them feel “less anxious or depressed” in their day-to-day life.

Most people surveyed said, to improve their financial resilience, they would like to put more money in cash savings (37%), while others highlighted their desire to reduce debt (25%), and to get onto the property ladder (23%).

The Nest Egg research comes just weeks after similar data revealed that women saved a collective £50bn less than men during the pandemic.

How was the research conducted?

The Nest Egg report was conducted to measure how well Brits can handle financial shocks - such as losing a job - as well as how likely these scenarios are to happen.

Each group was scored out of 100 points across four areas: shock resilience, the probability of an income shock, financial health, and planning for difficulty. The higher the overall score, the stronger the financial safety net.

Yorkshire Building Society’s report found that financial security differs greatly according to region. The East of England proved to be the most financially resilient, scoring 61 out of 100, followed by Scotland with 56, and London with 48. The North East scored the lowest, at just 40, indicating the disproportionate impact the pandemic has had on savers across the country.

When broken down by city, Edinburgh ranked as the UK’s most financially resilient community, scoring 64 out of 100, whilst Milton Keynes notched a mere 44. However, the pandemic has knocked the score of several cities off of their usual position. For example, London, which had scored badly from 2014-2019, improved its financial resilience during the pandemic to become the second most resilient city, up from 15th place in 2019.

How to boost your savings

For tips and advice on how to grow your savings pot, check out our articles "Best cash savings platforms in the UK", "25 money saving tips that could save you thousands", and "7 tips to help you save money if you’re self isolating or working from home".

Don't forget to read our reviews of the most popular savings apps in the UK, including Chip, Plum, and Moneybox, so you can budget and build up your savings from your mobile.

30% of UK adults "more financially vulnerable" after the pandemic

By Lauren Burrows
4 min Read 26 Aug 2021
30% of UK adults are more financially vulnerable as a result of the COVID-19 pandemic, according to new research by...

By Andy Leeks
12 min Read 07 Jun 2022
Who is Raisin UK? Shopping around for the best savings rates can be tiresome. Comparison websites may only show deals...

Gemini review: Is it the world's most secure crypto exchange?

By Laura Mossman
14 min Read 03 May 2022
What is Gemini? Gemini is a privately-owned cryptocurrency exchange platform, which was founded in New York City in 2014 by...